“Well Timed Silence Can Be More Eloquent Than Words!”

The Oklahoma Ethics Consortium provides great speakers and programs on ethics throughout the year.  In November I had the privilege of hearing Dr. Clarence Jones the speechwriter for Marin Luther King as our guest speaker for the monthly luncheon.  I pondered some of his thoughts and felt they were worth sharing:

“There is nothing greater than freedom and the struggle for freedom is important for all of us.”

“The most tragic bigotry is silence – therefore we must speak and write the truth, for the truth will set us free.”

We must never become a nation of onlookers.  Speak up and act for the freedom of all mankind, who are created equal in the sight of God.

As a world traveler and requested speaker, Dr. Jones is often asked about race relations in America. He shared that in spite of all the issues we face in America, we still live in the greatest country in the world.  As a nation we are continually working to create equality among our people.  We strive to value human lives, no matter the color of the skin.

A few weeks later in Tulsa our program for Oklahoma Ethics was titled Truthfulness, Fairness and Standards of Decency.  The speakers shared their perspectives on ethics as recorded in the media.   A panel of distinguished speakers was moderated by Barrett Waller CEO of Waller and Company.   The panelist included: Susan Ellerbach Executive Editor of Tulsa World, Jim Langdon Publisher of Tulsa People Magazine, Ted Streuli Editor of The Journal Record, Lee Williams Assistant Professor in Communications from Rogers State University.  Each contributed insights on the responsibility to truth in the written word.

Each Oklahoma Ethics program is preceded by a guiding principle from the bylaws of the organization.  I had the privilege of sharing a principle this month and spoke about inspiring trust with integrity, objectivity and fairness to all persons

Let me introduce you to a man who is known worldwide for his fight for the freedom to write about the truth, his journey and his impact on a nation and on the world.   His written materials described by others as “Mightier than a Bullet”, “Bolder by the day”, “Racing against Time”, “Waiting for a Great Outcry”, and “Words as Weapons”.

Aleksandr Solzhenitsyn was a Russian novelist, historian, and outspoken writer and critic of the Soviet Union, especially its totalitarianism and oppression of its people.  He helped to raise global awareness of Russia’s gulag forced labor camp system of which he was imprisoned for many years. He was allowed to publish only one work in the Soviet Union, “One Day in the Life of Ivan Denisovich”.  After his first publication he continued to write about freedom in Cancer Ward, August 1914, and The Gulag Archipelago. Solzhenitsyn was awarded the 1970 Nobel Prize in Literature.  He became known worldwide for the ethical force with which he had pursued the freedom of speech and the written word. Afraid to go to Stockholm to receive his Nobel Prize for fear that he wouldn’t be allowed to reenter; he did not go to the ceremony.

Finally, as a free man he spoke about being given the Nobel Prize for literature. Listen to his words carefully as it is full of wisdom and demonstrates his deep faith in God.

“All my life I had been tortured by the impossibility of speaking the truth aloud. My whole life had been spent in hacking my way to an open space where I could tell the truth in public. Now, at last, I am free, as I had never been before, no axe was poised above my head, and dozens of microphones belonging to the world’s most important press agencies were held out toward my lips.  Say something!  It would indeed be unnatural not to say something!  Now I could make the weightiest pronouncements, and they would be carried far and wide, to the ends of the earth…  But inside of me something had snapped.  Perhaps because I had been transplanted so quickly that I hadn’t even had time to decide how I felt about it, let alone to prepare a speech.  That was part of it. But there was something more.  I suddenly felt that I would demean myself if I indulged in abuse from a distance, if I spoke out where everyone speaks out, where speaking out is permitted. My words came out of their own accord:

“I said quite enough while I was in the Soviet Union. Now I shall be silent for a while…”

His silence reminds me of an ancient text that says, “there is a time to be silent and a time to speak”.  This makes me think of Jesus when he was writing in the dust with his finger while the Pharisees were calling down judgement on a women caught in sin. I have often wondered what He was really doing?  May I suggest that He may have simply been listening for His Father’s voice and asking, “What shall we say to this crowd and to this dear woman?”.   His response is still being heard around the world today.

Great lessons for all of us that have the freedom to speak and write in this great United States of America wouldn’t you agree?

Think of a time when you stood before the crowd or just a few and held your tongue.  Your experience would be helpful for our understanding and I would love to hear your thoughts. 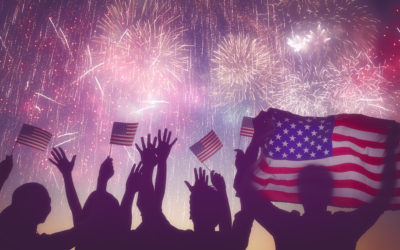 It seems that the more freedom people gain, the less we understand and appreciate true freedom and its long term impact. 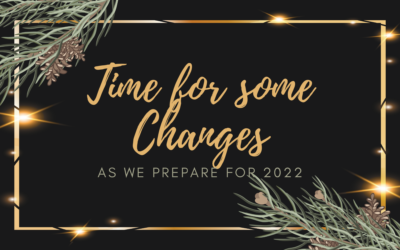 What questions are you going to challenge yourself with in 2022? Perhaps it’s time for a close look at ourselves and prepare for some changes.