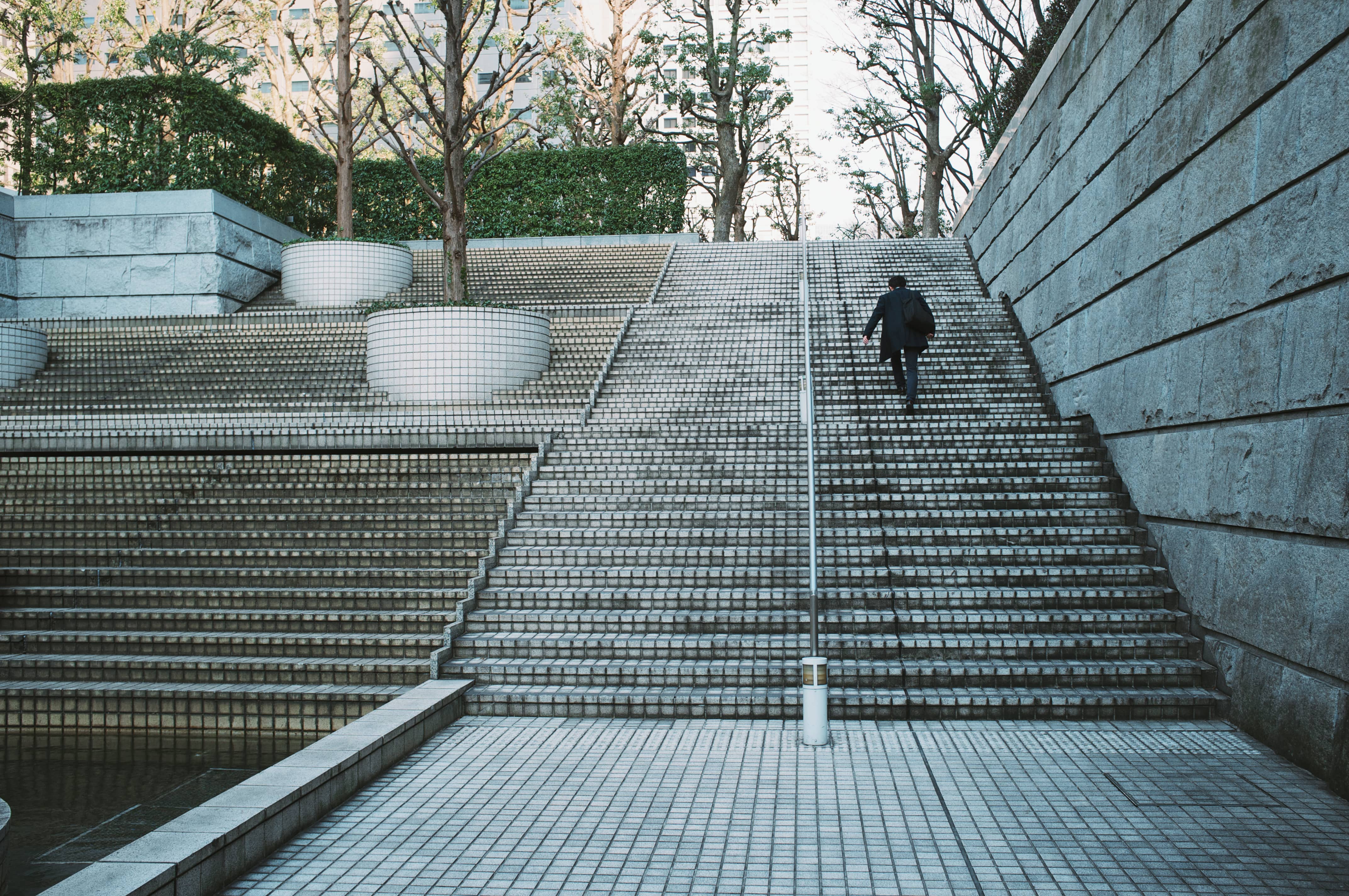 After an aerospace company cut jobs in a business downturn, Paul Creider is left searching for a job. Being in his 50s, this leaves Creider with some challenges.

He has been looking for two months and would like to find a job within the next 30 days.

“You never expect to be looking for a job at this point in your life, and it’s really difficult when you lose a job, and you’ve always been a good employee with a solid track record,” Creider said. “It brings challenges, but the most important thing is you need to be positive, maintain a positive outlook and get into a routine.”

Creider isn’t alone in his quest for a job later in a career.

By many accounts, the economy is doing well, and Tulsa has fared better than other parts of the country. In April, the metro area recorded a 4.2 percent jobless rate — the lowest it’s been in more than five years and much better than the 8.7 percent rate posted at the outset of 2010.

“Right now is a job seeker’s market — that’s anyone over 50, anyone graduating from college,” said Carey Dunkin Baker, president and CEO of ProRecruiters in Tulsa. “With unemployment less than 5 percent, it is a very competitive landscape for employers to find good employees.”

Because the market is so tight, more employers today are willing to consider flexible hours or contract work, which opens up opportunities for those older than 50, said Baker, who added she needs job seekers who are 50 and older.

Older workers have a lot working in their favor, including experience with many different situations and contacts, said Bob Ball, economist with the Tulsa Regional Chamber.

And as long as they stay on top of technology changes, they can find employment, especially in today’s tight market, where not enough people are trained to fill the jobs available.

“I think there is plenty of hope,” Ball said.

Even so, job hunting is a challenge for anyone caught in the midst of it, no matter what the circumstances or upbeat job numbers. The job search for mature job seekers — those older than 50 — poses some unique challenges.

Often, older workers have a lot of experience, which translates into higher salaries than someone who is younger with less experience.

“It’s not that (companies) don’t want to hire the older person, but if they can get someone who is younger with less experience who can do the job, normally they can get them at a lower compensation rate,” said Rick Christensen, a senior career transition consultant with Career Development Partners.

Some people believe the myth that older workers will potentially have more absenteeism or illness, that they won’t be able to work long hours, or that they aren’t technologically competent. That’s not the case, Christensen said.

When it comes to technology, for example, most older professional workers are active on social media sites such as LinkedIn and are well versed in any computer technology and software specific to their career, Christensen said.

“They tend to be more stable. They stay with a job longer than potentially a younger worker might,” Christensen said.

They also bring experience of working through issues and problems that they’ve already addressed in their lifetime and understand how to leverage that, he added.

“I think for me and for others going through this, it’s a process, and you just have to remain confident that someone is out there that will value all that you will bring to the table; and that they’re willing to compensate you appropriately for your skills,” Creider said.

Most recently, Creider was a senior director of global engineering and quality organization at a Tulsa-based aerospace company. He is searching for an executive-level position in engineering and operations and has substantial experience in leadership development, performance management and team building.

Creider said he’s open to other industries, including manufacturing, and oil and gas. But the aerospace industry is his passion. He also is a commercial pilot and owns an aircraft and is licensed to work on aircraft.

His career began at American Airlines, where he started out washing airplanes. Over time, he moved up and worked in different roles, eventually working in executive-level positions that honed his leadership and team-building skills.

“Your job is a piece of your identity. It provides structure in your life, the routine, and you lose that. And that’s why it’s important that each day you take control and manage the situation by providing schedule in your day,” Creider said.

Every day, Creider gets up as if he’s going to work. He checks job postings, makes calls and sets up meetings. Much of today’s job search is done online; and although people are more connected electronically, there is less face-to-face contact, which Creider said he finds intriguing.

“In my career, I’ve always been on the other side looking for that talented individual. And it’s more difficult because it’s hard to have that face-to-face connection, which is so important because a major part of that is to get the right chemistry, the right fit for you and the organization that is hiring,” Creider said.

Steps forward in the job search

Recently, the job search became a bit more challenging for Peggy Williams after a fall on ice in February broke her knee and caused the tendon to separate from the muscle on her leg. She undergoes physical therapy and currently uses a walker.

Undaunted, she hopes to have a job by the end of summer. The walker won’t interfere or slow down her performance because much of the work she does is on the computer, Williams said.

Williams, who is in her 60s, was laid off last July — along with 350 people from an aerospace company — where she had worked since 2005.

The job search is going well, but it can be difficult getting in doors where she doesn’t have a strong network yet, Williams said.

“I don’t know that I’ve felt discouragement. I think it’s just a matter of getting out there and meeting the right people, and sometimes it’s timing,” she said.

Having a sense of humor also helps. Williams, who is teaching herself to mime, said she tries not to take things so seriously and laughs at herself when she can. “That helps to keep things in perspective,” she said.

Williams relocated to Tulsa from Chicago in the 1980s to care for her parents, and today considers Tulsa her adopted home. She plans to stay and work indefinitely once she finds another job.

Williams, who has worked in many industries, noted that her career started in international finance before moving into marketing and business development. She is passionate about mentoring.

She calls herself “a cross-trained problem solver who is good at analyzing business solutions from a variety of perspectives.” Her experience includes more than 15 years teaching in public and private higher education and in U.S. and Canadian corporate administration.

“I’m very creative. I set high standards for myself and others. I’m a dedicated self starter, a very quick learner and enjoy learning, very conscientious, precise, organized. I’m a good decision maker and have strong leadership skills,” she said.

Currently, she is exploring new opportunities in business development, where she can use her research and analytical skills.

“I don’t consider age to be a challenge. None of us live in a perfect world … I have unique accomplishments to bring to the job,” Williams said. “This will give me more empathy for others who might be handicapped. It opens up new opportunities to think about new industries or new product extensions, things that might come to the marketplace. I’m trying to always think of things like like that.”

Life provides many challenges, and looking for a job is just another one, said Creider, who is confident a job match awaits.

At this point in life, like many his age, he is looking ahead to retirement and is hopeful to find a position that will allow him to achieve that goal.

“In today’s world, over 50 doesn’t mean you’re over the hill,” he said. “You’ve got a lot of productive years ahead of you.”

Written by Laurie Winslow of the Tulsa World

Here is a look at tips for older workers seeking a job:

In an interview or on a resume, focus on your most recent experience and accomplishments, going back about 10 to 15 years. Include specifics related to how you added value to a previous employer.  For example, if you were responsible for sales or sales activities, include a bullet point noting that you implemented a sales strategy that increased sales by “15 percent” or whatever applies.

Leave dates off education unless it’s been very recent. Include information about  continuing education, professional seminars, certifications received to show that you’ve kept skills up to date.

When being interviewed by someone who is younger, don’t say “when I was your age” or talk about your grandchildren.

Show energy and enthusiasm through your body language and voice during an interview. Sit and stand straight, give a firm handshake and look people in the eye.

Reach out to personal contacts, including family, friends, neighbors, people you know through church and social groups to learn about job openings and make introductions with other people. “Overwhelmingly, people hire people that they know … Either they personally know that person or they have a personal recommendation from a person they respect or someone in the company.”

Career Development Partners is here to provide solutions and impact lives. We do this by serving others by being good stewards of all that is entrusted to our care. CDP strives to have a positive influence on all who we come in contact with and to serve our market with relevant talent management services: Search, leadership development, career transition and practical retirement coaching. Our team has a combined total of over 300 years in Human Resources and Recruiting. We believe that ‘People are Worth the Investment.’ 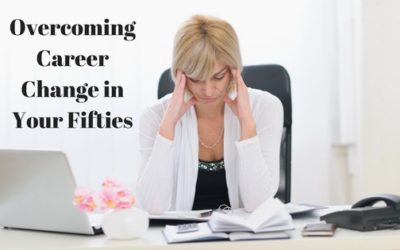 Overcoming Career Change in Your Fifties

Life is full of surprises!  At the age of 55 I should have been calculating my 401K, planning for my retirement, or at... 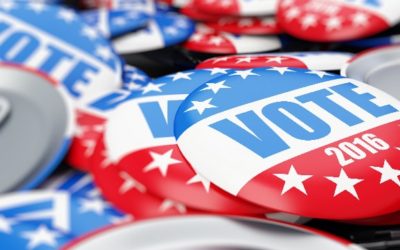 Submitted by: Connie Dorigan | Director of Recruiting Who will lead our county in the not-too-distant future is a hot...